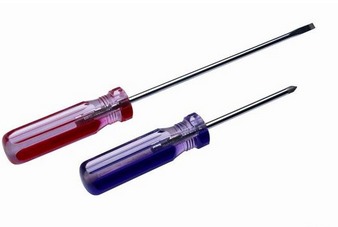 In 2008, a financial crisis that affected the world caused some domestic hardware companies with foreign trade to bear the brunt of the impact, and some companies' orders fell sharply. At this time, some companies have to look to the domestic market, which has not been valued before, in order to ease the pressure on the company's survival.

There are not a few hardware companies that have begun to transfer their products from foreign trade to domestic sales. Some of them are small factories that are forced to make expedient measures. And some are the strength manufacturers that take this opportunity to carry out market adjustment and brand strategy management. In either case, the author believes that foreign trade to domestic sales is not an easy task for the hardware and hardware industry.

The road to domestic sales is uneven. The Canton Fair has always been regarded as a barometer and barometer of China's foreign trade. Historical data show that the transactions of the Canton Fair have a good indication of exports. At the same time, the export situation of the Spring Canton Fair converged during the year. However, the export value from the 105th period shows that the decline in exports will continue and the foreign trade situation is not optimistic. In the first phase of the current period, the cumulative export turnover was US$13.0 billion, down by 20.8%, of which the decline rate for EU and Japan was more than 35%, and the decline rate for Australia and the United States was 11.2% and 4.9% respectively.

While the export of developed countries' foreign trade markets has experienced a sharp decline, it is also necessary to pay attention to the risk of a decline in exports to emerging markets. The first phase of the Canton Fair turnover shows that there have been growth in markets such as Argentina, India, and ASEAN, but it has fallen by 42% and 35% against Russia and Brazil, respectively, and even exceeded the decline in the European and Japanese markets. Since the fourth quarter of last year, with the deepening and spread of the financial crisis, emerging markets have been affected by the lag. This has also become the main reason for China's decline in exports to emerging markets. Judging from the current situation, the economic downturn in emerging markets has not seen any improvement. We must pay high attention to the export risks in these markets.

To open up the domestic market, all of them lack a brand from scratch and face a lot of competitors. The challenges faced by export-to-export companies are not small. Turning to domestic sales is not just about getting the goods to domestic sales, it's simple, but it's about redeveloping a brand new market. Brand building and channel construction all need to start from scratch. Foreign trade companies have many disadvantages when they switch to the domestic market. That is: no product, no brand, no channel, no team, no experience. Many foreign trade companies acknowledged that they were tired when doing a domestic market transition. For example, they had to send more staff to do brands and channels.

Product innovation ability is not strong, domestic and foreign products are differentiated for processing, sample processing, incoming and outgoing assembly, and trade compensation. Foreign trade companies mostly provide product standards for customers, and the ability of new product development is often far from meeting the domestic market. Demand. Years of export experience have made foreign trade companies generally produce according to the quantity and product specifications reached on both parties' orders. There are no specific responsible personnel for R&D, innovation and improvement of products. As a result, the companyâ€™s product innovation capability has been poor for a long time. Make product updates for the market. The products used for exporting are not necessarily suitable for the needs of the Chinese market. Because the market segmentation of competitive products are all very different, export products are based on foreign markets to do market positioning, price positioning, product positioning, product design is therefore very different; In addition, The differences in living habits and living environment are different. Many foreign trade hardware products are mostly suitable for large-scale suites or villas. According to the living conditions of most domestic residents, many products must be redesigned and developed.

There is no independent brand or poor brand influence. Most foreign trade companies mainly rely on OEMs. They do not have independent intellectual property rights and do not have their own brands. The brand connotation, core value, price, packaging, brand culture and other related elements of the products are all left blank. Since foreign trade companies mostly belong to OEM order production, these high-quality and low-cost products are often used to dress other people and use LOGOs and packaging of some foreign brands. The popularity of their own product brands is almost zero. However, in order to occupy the domestic market, it must be able to attract the channel traders, and to obtain higher product profits, it will ultimately affect the end-users, only to do a good brand and firmly take the road of brand development.

There is no terminal channel lack of professional marketing team in foreign companies do not seek more profit, only simple processing fees, in essence, there is only a simple trading relationship with customers, and do not bother with the channel, terminal, market, resulting in Many foreign trade companies do not have the awareness and experience of establishing channels. Moreover, foreign trade companies do not have a marketing team that specializes in developing channels. The lack of marketing talent leads to the difficulty of establishing the sales team to achieve the ideal state of market expansion and become a major bottleneck in the development of the domestic market. The Chinese market has a wide area and complex network channels. If the sales channels cannot be paved, the terminals cannot enter, and good products have no place to sell. Without a sales network, there is no market. Without market companies, there is no way to survive.

To transform domestic sales, only a marketing team with strong operational capability should be established to quickly expand into the domestic market, choose a correct channel, operate accurately and consistently, and continue to expand and sink channels.

I do not know how to open up the domestic market Compared with the export market, many industries in China are still in the development and improvement period. The mode and means of operation are relatively unregulated, such as price wars, imitation counterfeiting, and low credit issues, are common and will be The phenomenon that will still exist for some time in the future. Although exporting companies have sufficient production experience, they do not have a certain understanding of channels, sales, organization, management, dissemination, prices, competitors, etc. in the domestic market. Foreign trade experience has no reference to the domestic marketing market. It is prone to make mistakes due to lack of understanding of the domestic market environment.

Opportunities and Advantages Coexist in Foreign Trade Difficulty Breakthrough But the Domestic Market is Large While seeing the disadvantages of foreign trade, we must also see the advantages of foreign trade to domestic sales. Many foreign trade companies are gradually realizing that the number of teams involved in the foreign trade market is getting larger, while the profits are getting lower and lower, and customers are getting more and more critical. Even if companies invest more resources, the fruits of the harvest will not increase. Has reached an overloaded state, companies want to continue to develop, can only establish their own brands and market networks to develop their own markets.

The Chinese market is already recognized as one of the worldâ€™s most promising and developing markets. The Chinese domestic market has a population of 1.3 billion. Even if there is no financial tsunami, the domestic market should be one of our important potential markets. It was missed in the past. It is now When you start again. In some industries, the Chinese have become the truth in the world. Therefore, the creation of its own brand and the development of the domestic market have become the first choice for some foreign trade companies to continue to advance and expand.

In the face of the State Council's domestic demand to drive hardware SMEs marketing direction, when entering the market competition, a serious lack of marketing creativity, is a prerequisite to constrain the sound development of hardware hardware SMEs.

We imagine that now many banks have set aside their shelves and started to issue plans to Chinaâ€™s hardware and medium-sized small and medium-sized enterprises. Many hardware and electronic SMEs in urgent need of funds have hope and vitality, but problems have emerged. Some hardware companies Although there is capital, the medium and long-term thinking of the development of enterprises is out of step with the market competition pattern. After the funds are invested, they cannot play the role of a combination of resources. However, due to the adequacy of funds, these enterprises have expanded blindly, and as a result the enterprises have invested in products. Reflected after the market in general, the market competitiveness is getting worse and worse, and its holes are getting bigger and bigger. In the end, banks feel that they have harmed these hardware SMEs.

Imagine that the products produced by the hardware SMEs themselves can only survive in the gaps in the market. Due to the advent of the financial turmoil, they immediately face a lot of market impacts. At this time, the market's competition is even more fierce. If it is still in accordance with the original The idea is that there is no creative change. In the end, if there is a problem with routine marketing, the company will immediately face closure.

There are many hardware SMEs in Zhejiang. In this context, the original sales had specialized access and there was no worries. Therefore, they did not care about the development of marketing ideas and ideas. The financial turmoil has only just begun and these companies have ceased to exist. There are no market competition opportunities either.

The so-called marketing idea is that our company formulates a brand-new idea when market competition is day-to-day and market risks are extremely widened. It is formulated on appeal, channel, terminal, promotion, development, competition, and market. Create a set of sales methods that are most effective to consumers and create a market atmosphere through an integrated approach to form unique sales claims and complete the marketing process.

From here, we can clearly see that if SMEs do not make creative changes in products, on the road, or on the terminal, there will be more money, especially in the end, due to poor marketing. Not only hasn't it been **, it has made the company more and more passive. In the end, even the living space is gone. When the country vigorously stimulates domestic demand, when the financial crisis struck, we had to put marketing creativity in the first element of corporate development. Because we have seen too many hardware SMEs, some companies are highly concerned about marketing creativity, and actively to do every creative point of the marketing process, and some are in trouble, but some do not pay attention to this key The marketing elements are still hovering in the same place, not far from the time of extinction, and some storms have already become victims of the market.
Home
Recent Posts
Archives
Tags